DL: My next guest is eh truly one of the most original music talents working today. His latest album, right here, is called 'Swordfishtrombones' and he describes it as "being made up of journal entries from an exotic odyssey". Please welcome, it's a real delight to have this man with us tonight, mister Tom Waits! [applause].

DL: Tom nice to see ya! Terrific job! Thank you very much! We're gonna do a commercial, ah we're gonna pause here for a second. We'll be back, Tom is gonna sing another song! Very nice, I enjoyed that!

DL: Congratulations eh on the album Tom, eh I was reading..., you have eh . What is that what you are brushing off your.?
TW: I don't know, I ran into a Christmas tree in the hall.
DL: He, he, he, he, they're everywhere this time of the year aren't they?
TW: They where kinda in the room eh.
DL: Yeah. Eh anyway, I was gonna say congratulations on the album. You're getting, it's getting terrific reviews isn't it?
TW: Yeah, some people are recognizing it. And eh..., it's really eh..., kind of an odyssey eh journey of songs, that inner relate. And I eh, there's fifteen of them, I think you get more for your entertainment dollar. [laughter]
DL: Ha, ha, ha, well, that's good!
TW: If you play some of the songs backwards, it says dirty things.
DL: Oh that's great! So you really are, for the price of one album, getting all kinds of entertainment there?
TW: Yeah, I'm, I'm eh looking for some new consumers and I'm attempting to cook my dinner on your stove. Possibly...

DL: Sure, that's what our stove is here for Tom. Eh, speaking of stoves, are you still living in the motel on Santa Monica Boulevard in California?
TW: [dryly] You must have me mixed up with somebody else.
DL: He, he, he, he, didn't you spend some time there at the Tropicana?(1)
TW: I did spend some time at a eh. well I don't know.a motel. I'd call it a policial state.
DL: Aha.
TW: Eh, right in Santa Monica Boulevard there eh, on the other side of La Cienega.
DL: This is where Duke's Coffee Shop is?
TW: Yeah, that's right beneath the motel.
DL: You had your piano in the. kitchen?
TW: [dryly] You've been reading my mail.
DL: Yeah, heh, heh, but you're not there anymore?
TW: No, no longer. Travel has become an important part of my life.

DL: Yeah, yeah. You lived in a house trailer for a while?
TW: Just for a brief period.
DL: Now what was that like as an experience for a man of the world like yourself?
TW: It's small, it's close, but you can always pick up and move the next day.
DL: Yeah, that's true. You also, for a while, years ago, lived in a car?
TW: Ahmm, well not for an extended period of time [laughter]. You know how those accommodations can be.
DL: Yeah, yeah. What kind of a car was it?
TW: It was eh a '62 Wagon, black interior [laughter].
DL: Yeah, did eh, did you do much entertaining in those days?
TW: Eh, you mean eh in nightclubs and that type of thing?
DL: No, no, eh I mean 'friends drop over', you know? [laughter]. No, no.
TW: I know where you are trying to take this. 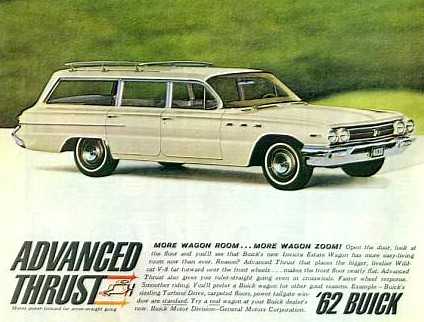 DL: No, no I was just, I just think it was interesting. But also, and correct me if this is not the truth, you were born in a piece of modern transportation, weren't you?
TW: According to my uncle Robert, yeah. Eh but I don't know. People say a lot of things.
DL: But was it a cab you were supposedly born in?
TW: It was a eh red and white. With the eh. you know. the meter running.
DL: But the meter was running. And eh, where was this?
TW: [dryly] In Indiana.
DL: Nooh really!? What part of Indiana?
TW: Eh, eh, it's a place called Valparaiso(2).
DL: Oh sure I know where that is, yeah. [laughter] No I do, I'm from Indiana myself so I know that!
TW: Well, and eh I spent a lot of time in California, North Dakota, Minnesota, Florida, Guam [laughter].

DL: Alright now eh for a man who started life in the backseat of a red and white cab, eh last year you were nominated for an Academy Award(3). This is eh a long trip. You actually, you went to the Award ceremony, didn't you? This was for the music for eh 'One From The Heart'?
TW: Yeah.
DL: Now what was that like, for you, being there?
TW: Well, ahmm You know eh I went back and forth as... I mean "I'm gonna go, I'm not gonna go", I couldn't make up my mind. In terms of fashion, I don't know, we'd have to classify this as a cotillion. You know, it's a lot of 1959 prom formals and that type of thing. And eh, so eh.
DL: Did you have a tuxedo?
TW: As a matter of fact I did, yeah. An old clothes hoarse like myself was eh in the right place.

DL: Yeah, did eh. what was the eh. what made you decide to show up for the presentation?
TW: Well, you know eh, you really are nominated by people who are in your field and eh a lot of composers and songwriters and musicians eh recognized the score from eh the Copolla film, And eh, so eh it really is eh is flattering.
DL: Yeah, but you know there was a time when people would think Well it's not really chic or hip you're nominated sure but "I'll be busy that night and I'll,.." you know? But you decided to show up and eh.
TW: Well, we were living like three, four blocks from the place, so eh. [laughter]
DL: Ha, ha, ha, ha. So just drop in, what the heck?
TW: Really, it was very simple.
DL: Now you, you mentioned earlier Tom about the concept of the album eh 'Swordfishtrombones'. Go into that a little bit. This is eh a combination of sounds you just hear around you all the time, that eh music ought to be more what you're accustomed to hearing on the street in your house and so on and so forth? Is that close? Am I getting warm there?
TW: Well, let's see. Frank really is the central protagonist. Who really kinda came to me in a dream and he spoke to me of many things [laughter]. Eh, and eh. So it's really eh, I was trying to find eh musical instruments that were more nightmarish or... you know and eh dreamlike.
DL: You put some unusual things on there, as far as instruments go aren't they. Eh, breakdrums?
TW: Yeah that's the ones that eh that you can find just about at any automobile wrecking yard.
DL: Yeah, yeah, and you use them for percussion those things?
TW: Yeah, you hit 'em with something that eh. you hit 'em with anything, you hit 'em with a rock!
DL: He, he, huh huh. Eh Tom we gotta do another commercial and then you're gonna sing another song for us. You Mind?
TW: Yeah sure.
DL: Oh terrific, it would be our delight. Eh we gotta pause folks. We're right back.

(Notice how Waits's voice has gone up an octave or two. One wonders what he has been doing in between breaks... )

DL: Do you get eh, you get a lot of strange mail, Tom?
TW: I don't get as much mail as I used to. Eh, but every now and then I get a letter that eh, that eh. catches my attention.
DL: Do you have an example from a recent batch that you can share with us?
TW: I got a letter from a little kid that was eh, who was from eh. somewhere in the Midwest. Who eh had been eh suspended from school for bringing one of my records into a share cla. share.
DL: A 'show and tell' deal?
TW: Yeah it was that type of thing. And eh, so it interrupted his curriculum. temporarily.
DL: What was the eh.. what was the particular record and the song he was playing for the kids?
TW: I think eh. I think there was some reference to eh underwear in the song. And eh, and so eh the teacher thought it was inappropriate. And he was seven years old. So I wrote a letter and eh I did what I could [laughter].
DL: Trying to get him off the hook!
TW: A lot of these things are out of my hands [laughter].
DL: But it's nice that you've made the effort! I mean, without that he might have gone on to a life of crime. You never know.
TW: Someone has got to stand up for him.
DL: Sure! Eh, the name of the song you're gonna do here 'On the Nickel'? Is that the song?
TW: Yeah, yeah.
DL: Alright terrific, eh we're very happy to have you here tonight. If you wanna go on over there Tom. Oh and eh introduce your bass player when you get over there.
TW: Oh, thank you, I will.
DL: Ok, Tom Waits, ladies and gentlemen! Now approaching the Late Night piano. The song is 'On The Nickel'.

TW: Like to introduce George Duvivier(4) on bass [applause]. Eh this is a song called 'On the Nickel' a bit of a holiday eh.. feeling to it. And eh, it's from a film by Ralph Waite. And it's eh downtown Los Angeles on Fifth Street and all the hobo's eh affectionately refer to it as eh 'The Nickel'. And eh, so this is dedicated to all the little boys who've run away from home.

[Performs 'On The Nickel']

(1) Didn't you spend some time there at the Tropicana?: Further reading: Tropicana Motel.

(2) A place called Valparaiso: Waits has to think of a town in Indiana. He goes for Valparaiso. He'd done a concert here in 1978 and it had stuck in his memory for his wallet was stolen during this gig.

(3) You were nominated for an Academy Award: Waits attended the Oscar nominations ('One From The Heart': best filmmusic) March, 1982. It went to Leslie Bricusse and Henry Mancini for 'Victor/ Victoria'.